Music to listen to: Sunrise by Norah Jones and I’m Broken by Pantera

So darn impossible to choose between these two Dallas-based music acts. I’m in love with Norah Jones in every way possible but Pantera is on my short list of favorite hard rock bands ever. I couldn’t decide so went with both.

Current State: Whenever it comes to the Dallas Cowboys, hyperbole is usually typical when describing the squad, especially in the preseason.

For the past few years, people including myself have penciled them into the Super Bowl because of the talent level but were eventually disappointed during playoffs.

Dallas managed to not only win the NFC East last season but won its first playoff game since 1996. Furthermore, they had a winning record in December and January.

Can Dallas take this momentum and finally make a run to the Super Bowl or was the thumping loss to Minnesota in the Divisional Round of the playoffs, 34-3, an indication that the Cowboys will never be an elite team under this current regime.

Biggest Offseason Change: The biggest change was that there were no changes. No addition of big names like Terrell Owens, Roy Williams or Zack Thomas to increase the brand name of the Cowboys. Williams is still with the team but he’s been there for over a year now.

The coaching staff is still in tact and all is relatively quiet in Cowboy land.

Uniform Grade: As much grief as the Cowboys get, the uniforms are solid. I would prefer that they would wear the blue jerseys more often and not believe in the whole curse thing but that’s my only issue. Grade: B

Best Player: The Cowboys are loaded at nearly every position. They have three running backs who could earn at least 1,200 yards on another team. Miles Austin has turned into one of the top receivers in football. Jason Witten is an excellent tight end. And that’s just the offense.

On defense, you have maybe the best nose tackle in the NFL Jay Ratliff and elite defensive ends Marcus Spears and Igor Olshansky. The secondary is solid as well, especially with cornerbacks Mike Jenkins and Terrence Newman. Linebacker Anthony Spencer is a beast as well.

All of that being said, the best player on the team is DeMarcus Ware, arguably the top linebacker in the NFL. His rush skills and solid run defense makes him the perfect outside backer for a 3-4 defense.

Most Important Player: The Cowboys may be full of Pro Bowlers but if the offensive line and Tony Romo don’t have a productive season, than another year will end in disappointment in Dallas.

One of the hardest players to grade in the NFL is Romo. Is he one of the top-five quarterbacks in the league or is he an overrated pretty boy who lacks the leadership and toughness needed to lead his team to a championship? How will he perform in the tough games late in the season?

A big help for Romo would be better production from the offensive line as well. The line has done a good job in the rushing attack but improved pass protection would be appreciated as well.

Worst Case: Cowboys have a good regular season, win the NFC East, home field advantage, all of that stuff. However, another underwhelming performance in the playoffs.

Coaching: Wade Phillips is still the head coach and Jason Garrett is still the offensive coordinator/head coach in waiting. This would be an odd situation for a high school team let alone a professional organization.

The only saving grace is that Phillips works with the defense as the coordinator and both men try not to cross each other’s path.

Phillips may look like the worst coach for this talented of a team but his calm demeanor is probably a benefit for a squad full of big egos in a major city like Dallas.

First memory of team: As a Giants fan, you deal with the hype and attention with a shrug because its unavoidable. I can guarantee that wherever you’re reading this, there is a Cowboy fan in your neighborhood.

There are three sets of non-Dallas resident fans of the Cowboys. The first group are the older fans who started following during the 1970’s. The second group are those bandwaganers from the 1990’s. The third crew are the fans who are 18 years and younger who now want to be on the winning train for the future.

The common denominator for all three of these groups is that they started following the team BECAUSE the Cowboys are known as winners. I used to mock this as a kid but shoot, if you’re a fan of a team like the Browns who have given you nothing to get excited about for the past 15 years, sometimes you just get tired of the local squad and want to move on.

So my earliest memories were dealing with those fans in group two and talk crap about Michael Irvin. Fun times all around.

Schedule: The Cowboys will have to deal with the New York Giants, Philadelphia and Washington in the division.

The home games are against Chicago, Tennessee, Jacksonville, Detroit and New Orleans on Thanksgiving. The away games are at Houston, Minnesota, Green Bay, Indianapolis and Arizona. That road slate is brutal.

City Nicknames: I guess we all can decide on Big D

Fantasy Focus: The Cowboys will be watched by a lot of people because many people will have fantasy implications. Let’s break them down

Romo: I would be weary of taking him as a top-five fantasy QB. If Brees, Peyton Manning, Brady and Rodgers are gone, than get him.

Running backs: Marion Barber will probably be the main guy but Felix Jones and Tashard Choice will get runs as well.

Miles Austin: He’s become the top-receiver for fantasy purposes in the NFL but Romo also likes to get some balls to Jason Witten and even Roy Williams. Its not like Andre Johnson at Houston who will get most of the attempts in an offense to catch a ball. Austin is still an excellent player but just know that he may not put up as much numbers as you expect.

Witten: Romo loves him and you should too for tight ends.

Roy Williams: Run away from that guy.

Defense: Look at taking these guys because they get a lot of turnovers and sacks.

Overall Outlook: At this stage of my Gridiron Blitz previews, the Cowboys are my Super Bowl champions but its early. They may lose some games in the regular season because of the schedule but once the playoffs come around, I think this is the year of the Cowboys. 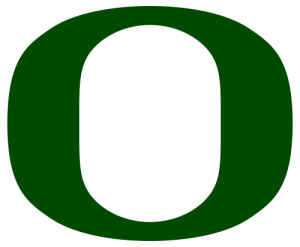 Next up on the Triple Option Attack is #11 Oregon

Music to listen to: Kuma (live) by the Trey Gunn Band

The Story: The Oregon football program has developed into one of the more underappreciated national powers in the past 15 years.

When Rich Brooks took the Ducks to the Rose Bowl in 1994, it was looked at as an exception, seeing how they hadn’t been to the game since 1957 prior to that. However, with Mike Bellotti’s promotion to head coach after the 1995 season, the Ducks won three more Pac-10 titles, including finished #2 in the nation in 2001.

Bellotti retired from coaching prior to last season and Chip Kelly took over. Despite some off the field issues with some key players, some analysts are looking at the Ducks as the prohibitive favorite in the Pac-10 season and a national title contender.

Last Season: Finished the season with a record of 10-3 to win the outright Pac-10 championship. The losses came against three of the best opponents the team faced all season, contests at Boise State, Stanford and to Ohio State in the Rose Bowl.

Offense: The Oregon offense is arguably the most known passing spread offense in the nation. For the Ducks to execute it properly, an elite quarterback is needed.

However, the Ducks dismissed returning senior and Heisman Trophy candidate Jeremiah Masoli from the team this offseason, leaving the position in question. Oregon will either start fifth-year senior Nate Costa or sophomore Darron Thomas in the spot.

The rest of the offense should be solid with the return of sophomore running back LaMichael James. He rushed for over 1,500 yards last season and is expected to do even more this year with all five offensive lineman starters from last year coming back.

The receivers should be fine.

Defense: While the only question on the offense is at quarterback, the defense has more issues to address. The Ducks gave up at least 20 points in eight games last season, including 51 in their lose to Stanford.

There are talented players returning including potential All-Pac 10 performers such as defensive end Kenny Rowe and linebackers Spencer Paysinger and Casey Matthews.

The secondary was injured often last season but does return all four starters from the unit.

The non-conference schedule is weak. That Tennessee game looked more intimidating a few years ago but the Ducks should run all over the Vols.

The road games are of concern for Oregon. The Ducks have to travel to USC, Oregon State and Cal, three of their four main competitors for the Pac-10 crown along with Stanford. As seen last year, Oregon has its struggles on the road so I’m not ready to give those victories to the team just yet.

Most Famous Sports Alum: As much love as I have for Steve Prefontaine, I’m going to pick Phil Knight, the founder of Nike.

Celebrity Alum “Crush:” I’m a big fan of Ann Curry, the news reporter for the Today show on NBC.

The Ducks will have a nice season but the road games are too daunting to ignore. If Masoli was back on the squad, I would seriously consider Oregon a national title contender. However, the uncertainty of the quarterback position and the questionable defense will hurt Oregon in the end.