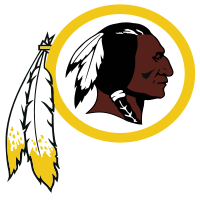 Music to listen to: Trouble Man by Marvin Gaye

It was touch to choose a Marvin Gaye song but hopefully you like Trouble Man.

Current State: When you bring in a new head coach, a new starting quarterback, new assistant coaches and different offensive and defensive schemes, the expectations for the first season are relatively tame.

That’s not the case for the Redskins this year.

Multiple Super Bowl-winning head coach Mike Shanahan comes to Washington hoping to add to his legacy with leading the Redskins back to the promised land or at least the playoffs.

Add in new quarterback Donovan McNabb, a proven commodity, and Redskins fans are hoping for at least a winning record. However, are there too many holes to fill and schemes to learn for a successful season?

Biggest Offseason Change: I mentioned most of them earlier but the Redskins are in a complete overhaul from the front office down.

New general manager Bruce Allen replaces the incompetent Vinny Cerrano and has done an excellent job of clearing out old contracts so far.

The change that has gotten the most attention besides anything related to the offense has been the hiring of new defensive coordinator Jim Haslett and the installation of the 3-4 defense.

The Redskins has ranked in the top-10 defensively in the NFL for the past five to six seasons so the question has to be asked if a change was necessary. Furthermore, the change as alienated the best defensive player, tackle Albert Haynesworth, causing him to have public displays of disapproval like the continued “failed” fitness test.

Haynesworth has seemed to gotten the right attitude for now and continued to play but a mid-season explosion is not out of the question.

Uniform Grade: The uniforms have a traditional look and haven’t changed significantly since the 1970’s. I do like the fact that they have worn the red jerseys more often. Grade: C

Best Player: Say what you want about McNabb but not only is he and upgrade over any of the quarterbacks that Washington has had in the past 10-15 years but gives the franchise a positive face to present to everybody.

The face of the franchise during this period has been owner Daniel Snyder, an overbearing owner who has improperly used his high financial commitment to trying to buy a championship.

However, with the hire of Shanahan and trade for McNabb, Snyder looks like he is trying to build a team the proper way.

On the field, McNabb still has one of the stronger arms in the NFL but continues to struggle with accuracy. He will have to improve on that as well as throwing on the run, an essential aspect of running Shanahan’s offense. McNabb’s mobility has been limited over the years than the past but has the ability to get out of a troubling pass rush if necessary.

Most Important Player: McNabb is an easy choice but I’ll go in two different directions.

The first one is Clinton Portis. He has had some productive years in the past but he has slowed down because of injuries and overall wear and tear. If he can’t perform, the Redskins have brought in Willie Parker and Larry Johnson.

The rushing attack must be productive for the offense to operate properly but we’ve seen Shanahan produced various 1,000 yard rushers during his time at Denver so it’s not an outside possibility that one of those three guys will be very productive.

The other one is Haynesworth. For a 3-4 defense to be successful, the defensive tackles have to occupy the offensive line for the linebackers to take care of business. He can be an excellent nose tackle in this defense but he has to bring the right attitude to the game. If Haynesworth can do that then Washington can have a top-five defense in the NFL.

Best Case: The Redskins make a surprise run to the playoffs, finishing second in the NFC East. McNabb finds his youth again and stays injury free. The offense thrives with the running back committee. The defense continues to play at a high level.

Worst Case: The first year of the transitions doesn’t go as smoothly as thought. Finishes last in a competitive NFC East.

Coaching: Shanahan has a great tenure at Denver but the feeling was that it was time for him to move on from the Broncos.

The reality was that Shanahan wanted more control over the operations of the Broncos but had a clash with ownership and decided to make a change.

At Washington, he will have the control he is seeking but will work with an owner who has been known for his meddling during his entire time with the Redskins.

How Snyder and Shanahan work together will be essential for the health of the organization.

First memory of team: As a Giants fan, you dislike four teams. They are the Eagles, Cowboys, Redskins and Jets.

The Skins are the second-most team that I dislike. No one will ever surpass Philly.

When I was a child, the Giants handled the Redskins easily so I didn’t have a strong amount of hate for them. Plus, it was hard to hate Joe Gibbs. He seemed like a quality guy.

Schedule: The Redskins will have to deal with the New York Giants, Dallas and Philadelphia in the division.

The home games are against Houston, Green Bay, Indianapolis, Minnesota and Tampa. The away games are at St. Louis, Chicago, Detroit, Tennessee and Jacksonville. They can win and even be a favorite in all of the road games. The road slate is a little tougher.

City Nicknames: Capital City is OK but I prefer The District much more.

One of the highlights of my childhood was taking a trip to Washington DC in the eighth grade. It was great seeing our nation’s capital as a young kid and acknowledging all of the good things about our country. We saw everything. Monuments, the White House, Memorials, the Smithsonian, etc.

I also learned about late night HBO programming and girls.

My classmates and I weren’t allowed to go out since we were eighth graders but we could stay in the hotel. There happened to be a girl’s school from Arizona visiting DC as well and they were in the hotel. Nothing shady went down but we had a good time, doing stuff that most teenagers do together.

I remember spending a lot of time with a brunette cutie who was about 5’3’’and was beautiful. We talked for hours and learned that she wanted to go to the Air Force Academy, which I didn’t think would appeal to any girl. We chatted and even exchanged numbers but nothing ever came of it. I don’t even remember her name but she was the first girl that I crushed on.

The other incident was staying up till two in the morning (that was late for us) and watching adult entertainment on HBO. I didn’t have cable at home so this was a new experience for me at the hotel. Nude body parts were shown and it opened my eyes. Ah, adult content!

Fantasy Focus: I would stay away from this team, maybe you can have McNabb as your starter if you’re desperate.

Overall Outlook: I like the direction that Washington is going but its going to take more than one year to undue a decade of ineptitude.