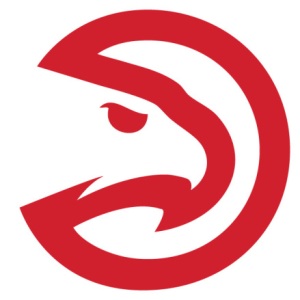 Al Horford, Paul Millsap and Jeff Teague have been selected by the Eastern Conference coaches to the All-Star team, and will compete in the 2015 All-Star game on Sunday, Feb. 15 at Madison Square Garden in New York. This marks the first time since 1980 that the Hawks have had three All-Stars.

“It is an honor for our entire organization to have Al, Paul and Jeff selected to play on the All-Star stage,” said Hawks Head Coach Mike Budenholzer, who will serve as head coach of the Eastern Conference squad. “The recognition is well-deserved for each of them. We are very proud of the guys, and also want to acknowledge the rest of our players and coaches for their roles in helping our players reach this accomplishment.”

“I feel honored to represent the Hawks and the city of Atlanta again,” Horford said. ”I want to give credit to our coaches and my teammates, as I know I wouldn’t be in this position without their support. I look forward to enjoying the time in New York and being a part of All-Star.”

“It’s a privilege to be an All-Star for the second straight year,” Millsap said. “I know the success our team has had so far this season is a major factor, so my teammates and coaches are the reason that I have this opportunity. I’m proud to be representing them in New York.”

“I’d like to thank the Eastern Conference coaches,” Teague said. “Being named to the All-Star team means a lot to me and to my family, and I’m going to truly enjoy the entire experience. I’m only as successful as the team, so my teammates and coaches share in this honor.”

Georgia State overcame an 11-point second-half deficit as R.J. Hunter scored 32 points and Ryan Harrow added 25 to lead the Panthers  an 88-74 win over UT Arlington on Thursday night at the College Park Center.

Hunter got hot in the second half, knocking down six of his seven 3-pointers and finished 9-of-16 from the floor, 7-of-11 from 3-point range and 7-of-7 from the free throw line. He added five rebounds, five assists, three blocked shots and a pair of steals.

Harrow was equally impressive going 9-of-19 from the floor and 6-of-6 from the free throw line, dishing out four assists and swiping four of the Panthers eight steals. He is now just five points shy of becoming just the fifth Panther to score 1,000 points in a GSU uniform. If he accomplishes it Saturday, it will occur in just 54 games, the second-quickest in program history.

Georgia State (14-7, 7-3 Sun Belt) won its third-straight game to remaining a half-game out of first-place in the league. The Panthers are 36-10 in the last 46 games dating back to last season and have also won 24 of their first 28 conference games since returning to the Sun Belt. The squad is off to the fourth-best start in school history.

Head coach Ron Hunter picked up the 350th win of his career and 76th at the helm of Georgia State.

The Panthers finished 25-of-27 from the free throw line, the 11th-best mark in program history, and shot 50.9 percent for the game, including 16-of-29 in the second half.

UT Arlington (12-8, 6-4 Sun Belt) saw its three-game win streak come to an end and was swept in the season series by the Panthers for the second year in a row. Kevin Hervey led the Mavericks with 21 points and eight rebounds.

“In the second half, we came out defensively and really played the type of ball that we have been playing as of late,” Hunter said. “Ryan and R.J. really took over the game in the second half and played like two of the best players in the league.

“R.J. has been waiting for a game like this where he could really get into a rhythm and couldn’t miss in the second half. Ryan was equally impressive and played smart basketball. Everyone gave us great play on defense in the second half and that was the difference.”

As the two teams were tied five times in the first half with neither squad leading by more than six, UT Arlington led 30-24 with 5:43 to play benefiting from 51.7 percent first half shooting.

The Panthers responded with a 10-4 run, capped by a jumper in the lane and free throw by Hunter to tie the score 34-34. The Mavericks went into the half leading 38-34.

The Mavericks took their biggest lead of the game, 62-51, with 11:10 to play before Georgia State’s run and took its first lead of the second half on a pair of free throws by Ryann Green to go ahead 69-67 with 5:57 to play. 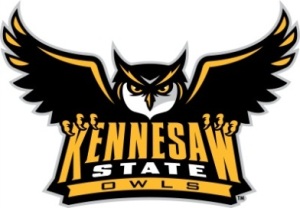 The Kennesaw State men’s basketball team lost to the North Florida Ospreys in front of an energetic crowd, 86-67.

“It was a tale of two halves,” head coach Jimmy Lallathin said. “I was very happy with our execution and energy in the second half. In the first half, we just couldn’t get the stops to stop the bleeding. In the second half, we got some stops and were able to get out in transition and get some easy baskets. I’m happy with our second half performance, but it’s not a 20-minute game. We’ll have to put 40 minutes together for a great opportunity on Saturday against Jacksonville.”

The Owls had five players reach double figures in scoring with Nigel Pruitt and Damien Wilson leading the team with 14.

All of Yonel Brown’s 13 points came in the second half, and Willy Kouassi was one rebound away from having a double-double as he had 12 points and nine rebounds.

Orlando Coleman was the other Kennesaw State player in double figures with 12.

Halfway through the second half, the Owls cut the lead to 18 with a 14-3 run, but that is as close as they would get the rest of the way.

North Florida built their lead in the opening frame behind strong defense and sharp shooting from the outside.