…premier site for news and notes in the world of sports

In this edition of The Sports Inquirer Show, we discuss:

-The impact that the coronavirus has had in our daily and sports lives particularly with the professional and collegiate teams in the state of Georgia (3:00-15:00).

-NFL free agency and trades particularly the moves of the Atlanta Falcons with Todd Gurley and Dante Fowler, Tampa signing Tom Brady and the futures of Jameis Winston, Cam Newton and Jadaveon Clowney in the Zone Blitz (16:00-38:00).

In this edition of The Sports Inquirer Show, we discuss the impact the Coronavirus has had in the world of sports as well as NFL free agency particularly Tom Brady signing with Tampa, Dallas’ questionable decision on Dak Prescott, Houston trading DeAndre Hopkins to Arizona and more. 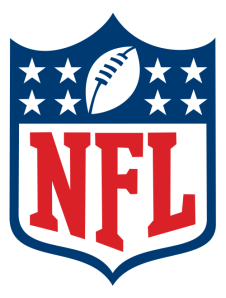 Time for my annual NFL picks that will bring joy and excitement to us all when they aren’t correct.

The predicted finish of each division is in order for example, I have New England winning the AFC East followed by the Jets, Dolphins and Bills. You get the idea. Here are the picks

Thoughts: Picking the division winners was relatively easy with my only debate coming in the North where a case could be made for Baltimore. I think the Ravens’ offense won’t be enough and CIncinnati returns one of the top defensive units in the NFL with a solid offense. Andy Dalton will have his best year as a pro.

Selecting the wild card teams was another story. I thought about the Jets, Ravens, Chiefs, Dolphins, Chargers and Texans. I picked Houston because I like what they’ve done on defense, still have talented guys on offense and have a manageable schedule. Kansas City had a rough schedule but will do enough to get into the postseason.

I really wanted to pick Denver to repeat as AFC champions but I feel like the conference title game will be in New England who will gain homefield advantage. The Patriots’ defense will be much improved with the arrival of Darrelle Revis and will be primed by the postseason to control the Broncos’ offense.

I had no debates with the division winners in the NFC. The Eagles are the best team in the East by a large margin. New Orleans is my clear pick in the South. Despite Chicago’s continual improvements on offense, the defense is still lacking. Green Bay, despite last night’s loss, are still a playoff team that did some things well that I liked against Seattle.

Speaking of the Seahawks, unless a major injury happens to Russell Wilson, they’re repeating as Super Bowl champions.

They returned nearly everyone of value, potentially get a full season out of Percy Harvin even though his injury history has to be acknowledged and they’re young in each key position.

Most Super Bowl-winning teams consist of a veteran group that just went through a grueling climb to the top and don’t have the health to repeat another championship run.

The majority of Seattle’s roster is 30 and under and I think Marshawn Lynch has one more good year at running back. As you’ll see in my individual awards section later in this post, I’m bullish on the Seahawks.

San Francisco is still a wild card team despite potentially posting another double-digit win season. Tampa intrigued me as a wild card but I think the South is going to be closer than people think with teams beating up on each other. Same thing for Washington and the East. That leaves Chicago sneaking into the postseason.

I think we’re going to reach “Brady/Manning fatigue” this season with most people ready to promote a new star of the NFL. Wilson fits the bill as a Super Bowl-winning quarterback and is going to lead the best team in the NFL in many high profile moments like last night. That’s the recipe for an MVP season.

Offensive Player of the Year:

Peyton Manning will still be the offensive player of the year. While he won’t reach 50 touchdowns again, the numbers will still be strong. McCoy has a chance to join Marshall Faulk and Roger Craig as the only guys to gain 1,000 yards receiving and catching. If he accomplishes that for a playoff team, it may be his award to lose.

Defensive Player of the Year:

Similar to Wilson, Sherman will have many opportunites to shine in the national spotlight and claim the award he should have won last year in my opinion. His only problem as a cornerback is that if offenses avoid throwing towards his side of the field, the tangible numbers such as interceptions and pass deflections will be less. Sherman’s impact on the defense won’t be ignored though.

Watt will be even more productive this season with the addition of Jadeveon Clowney to the Texans’ pass rush as will Matthews who now calls Julius Peppers a teammate. Peterson may physically be the best cornerback in the entire league and will have some dominant games this year.

Brees throws the ball often and somebody must catch those passes. Cooks has a chance for a 70-reception, 1,000-yard, eight touchdowns-type season.

On to the Week One picks (home team in CAPS):