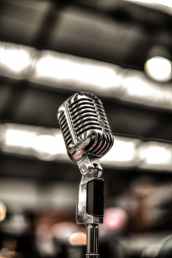 In this edition of The Sports Inquirer Show, we discuss:

-UFC 226 with Daniel Cormier’s win over Stipe Miocic for the heavyweight title, whether Cormier is the greatest of all time and Brock Lesner implications. (26:00-38:00)

In the inaugural edition of the Beanball Podcast, we discuss the following topics:

Georgia State junior third baseman Matt Rose was selected Wednesday by the Chicago Cubs in the 11th round of the Major League Baseball First-Year Player Draft, and junior pitcher Nathan Bates went in the 15th round to the Los Angeles Angels.

The Panthers had two current players drafted for the second straight year, and three incoming signees were also selected, all in the first 20 rounds.

Rose is GSU’s third-highest draft pick ever and highest since right-handed pitcher David Buchanan as taken in the seventh round by the Philadelphia Phillies in 2010, while Bates is the Panthers’ fifth-highest selection.

The right-handed hitting Rose is one of the nation’s top power hitters after belting 16 home runs in 2015 and 31 for his three-year career.

A first-team All-Sun Belt Conference selection, Rose led the league in homers while hitting .289 with 49 runs batted in.

Rose was drafted for the second time after being selected by the Toronto Blue Jays in the 24th round out of Melbourne, Fla., Palm Bay High School in 2013.

“I wanted to come to college and mature, and Georgia State helped me to do that,” Rose said. “I know I made the right decision.

“I want to thank my teammates and coaches for an awesome three years. This wouldn’t have happened without their support.”

Bates, from Senoia, Ga., was undrafted out of Starr’s Mill High School but developed into one of the top starting pitchers in the Sun Belt. The 6-7 right-hander anchored the Panthers’ weekend rotation the last two years. He was 5-3 with a 4.15 earned run average in 2015 and was named Sun Belt Pitcher of the Week twice this season. His career earned run average of 4.07 is the second-lowest by any Georgia State pitcher with at least 100 innings.

“I couldn’t be more thankful for the opportunity that Georgia State gave me,” Bates said. “I was not the guy throwing 95 out of high school, but I worked hard, and now my hard work has been rewarded. But this just means now I have to work even harder.

“A huge thank you to my coaches and teammates at Georgia State. They have all been unbelievably supportive and helpful, and I couldn’t have achieved this without them.”

Head coach Greg Frady said, “It’s hard to watch players of that caliber possibly leave your program, but we’re very proud of Matt and Nathan for what they’ve accomplished at Georgia State and for earning this opportunity.

“All of us thought Matt had pro potential from his first day on campus, and he did a great job in his three years as an All-American and a very productive player.

“Nathan’s potential was also evident with his frame, his arm and his athletic ability,” Frady continued. “We were lucky to have him pitch for us on Friday night.”

Georgia State had three Atlanta-area signees selected. First baseman Curtis Terry from Archer High School was taken in the 13th round by the Texas Rangers. Right-handed pitcher Ryne Inman, who led Parkview High School to the Class AAAAAA state title, was drafted by the Seattle Mariners in the 15th round, and shortstop James Nelson went to the Boston Red Sox in the 18th round.

“I’m proud of all of our signees, and each of them has something to think about,” Frady said. “I want to give credit to our assistant coaches Edwin Thompson and Willie Stewart for putting together a great recruiting class.”